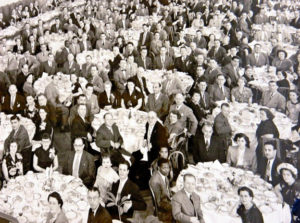 In January 1950, the Upholsterers’ International Union (U.I.U.) and the Kroehler Manufacturing Company agreed to establish a Union sponsored multi-employer pension plan for Kroehler employees and the bargaining unit employees of other employers who would agree to contribute to the Plan. It required three years to formulate the terms of the Plan and to obtain necessary Treasury Department approval. The Plan, called the U.I.U. NATIONAL PENSION PROGRAM, became effective July 1, 1953, was national in scope, covered employees of many employers in various trades and industries and was administered by an equal number of employee and employer trustees.

The Steelworkers Pension Trust (SPT) office is located in the United Steelworkers International Union headquarters in Pittsburgh, Pennsylvania.  The address is: